Archive for category: News and Updates

The Friends of Mason Neck State Park will hold their annual Swanfall celebration this Sunday, December 3, from 2 to 4.

There will be a light buffet, followed by a talk by Paul Bacich on the intriguing Winter Waterfowl of Mason Neck.  Paul is the co-author of the just-published The Crossley ID Guide: Waterfowl and has been a volunteer in Huntley Meadows Park’s Wood Duck and Hooded Merganser nest box program for nearly 25 years.

Registration is required; the cost is $10 per person.  More information and a registration page are at http://www.masonneckstateparkfriends.org/event-2692645.

The Manassas-Bull Run Christmas Bird Count will be on Sunday, December 17th.  The count circle is around Centreville and includes Manassas Battlefield, parts of Bull Run Regional Park, undeveloped areas south of Dulles Airport, and many stream valley parks and undeveloped locations from Clifton to west Fairfax City.   A hot lunch will be served to participants.  Birders of all skill levels are needed.

If you participated last year your sector leader will be in touch soon.  If you don’t hear from your sector leader, or if you would like to be in a different sector, contact Bob Shipman.  This year, we will be offering an opportunity for feeder watchers.  If you or someone you know lives within the count circle and cannot go out on the count, he or she can sit inside and count the birds that come to a feeder or yard on count day as an alternate way to participate.

Assess ecological conditions in Lake Accotink, based on the presence and abundance of bottom-dwelling invertebrates.

Where to Meet: Parking lot behind Lake Accotink Park Administrative building. Call or email for directions.

The FMN Strategic Communications and Marketing committee members welcome your news and event notices, learning and service opportunities, stories, resource reviews, (and other ideas–we are open to creative thinking). We curate our content, so, yes, you’ll work with an editor, but the exchange will simply polish your pearl.

Coursera’s eight-week course, “Biodiversity and Global Change: Science & Action,” is taught by scientists at the University of Zurich. Registration begins Nov. 27, and the first session is on Dec. 4. Here’s the course description:

“In this course, featuring many researchers at the University of Zurich, you will learn about the amazing diversity of biological organisms in the world around us. You will discover the field of “biodiversity science”, experience the countless forms that biodiversity takes, look at the values and importance of this diversity, understand the processes that create and maintain diversity, and hear about how biodiversity is distributed across the Earth. You will also experience how biodiversity is threatened, and what conservation, management, and individual actions can do for its protection. Having been equipped with such knowledge through the course, we encourage you to take action, however small, to positively influence the future of biodiversity, and thereby become a Biodiversity Ambassador.”

The course requires two to four hours of study each week.

Behavior change has not yet been extensively incorporated into conservation practice planning, design, or overall thinking. This year’s Fuller Symposium, December 4, brings together a diverse array of experts from the behavior sciences to tackle how we can better integrate behavioral strategies and interventions into conservation practice to produce more effective outcomes for nature.

Attend in person at the National Geographic Society’s headquarters, or by by web streaming.

The conference is free and counts toward VMN continuing ed credits

You can attend in person or online. Register here

This year’s winner of the Nobel Prize for Economics, Richard Thaler, was recognized for his contributions to behavioral economics, a critical component in understanding how we make decisions about our health, wealth, etc. (Book recommendation: Nudge, with his coauthor, Cass Sunstein). Dan Ariely, one of the presenters at the symposium, is another prominent behavioral economist, and a regular contributor to the Wall Street Journal. (Book recommendation: Predictably Irrational.) 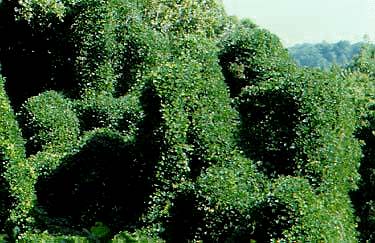 The Potowmack Chapter of the Northern Virginia Plant Society (http://vnps.org/potowmack) cordially invites you to:
A Talk by Dr. Ashley Egan

VNPS programs are free and open to the public

The Talk will follow a short business Annual Meeting:
Kudzu, one of the most notorious invasive species in the U.S., now occupies most of the southeast, and continues to make headway. Introduced from Asia about 140 years ago, it is still not understood how many times it’s been introduced or from what genetic source(s). Dr. Egan’s lab focuses on answering these questions.  Kudzu impacts native species, including other native legume vines such as the wild thicket bean or North American wild kidney bean (Phaseolus polystachios). The wild kidney bean is an important crop and wild relative to the cultivated Lima bean, serving as a critical genetic resource for plant breeding efforts, yet its range is in decline where Kudzu is advancing. Dr. Egan’s collaborative work has made significant efforts to characterize the conservation status of this Virginia native species.

Dr. Ashley N. Egan is a research scientist and assistant curator at the National Museum of Natural History, Smithsonian Institution, where she specializes in legume biology (Fabaceae).  Dr. Egan completed her undergraduate degree at Utah State University studying the population genetics of the trout lily, Erythronium grandiflorum. She then completed her PhD in Molecular and Evolutionary Biology at Brigham Young University in 2006, and accepted a postdoc position at Cornell University.  She taught at East Carolina University where she began her work studying the evolutionary genetics and introduction history of Kudzu, part of which she will share with us.

Cornell Ornithology Lab and The Nature Conservancy have joined together to create Habitat Network (http://content.yardmap.org), the first citizen science social network. Habitat Network is a citizen science project designed to cultivate a richer understanding of wildlife habitat, for both professional scientists and people concerned with their local environments. They collect data by asking individuals across the country to literally draw maps of their backyards, parks, farms, favorite birding locations, schools, and gardens. They connect you with your landscape details and provide tools for you to make better decisions about how to manage landscapes sustainably.
The kinds of questions  they are seeking to answer with your help are:
1 What practices improve the wildlife value of residential landscapes?
2 Which of these practices have the greatest impact?
3 Over how large an area do we have to implement these practices to really make a difference?
4 What impact do urban and suburban wildlife corridors and stopover habitats have on birds?
5 Which measures (bird counts? nesting success?) show the greatest impacts of our practices?

Members, Service Project C253-Habitat Yard Mapping has been approved for your use.  You can map your own yard, a local park, or other public or private property for which you have access permission. 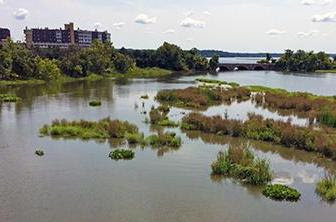 On November 15 the Friends of Dyke Marsh will present Dr. Kim de Mutsert, George Mason University’s Department of Environmental Science and Policy, who will give a presentation on the ecology and challenges of Hunting Creek.   Dr. de Mutsert heads GMU’s research that monitors water quality and the biological communities in the Hunting Creek area. Her studies research water quality, fish and benthic macroinvertebrate communities, anadromous fish, Escherichia coli levels and micropollutant levels in sediments and waters of Hunting Creek and Cameron Run.    Streams in the Cameron Run watershed “are listed on the EPA list of impaired waters for acute ammonia and fecal coliform contamination,” according to Fairfax County. Virginia’s Department of Environmental Quality reports that the creek is impaired for bacteria and PCBs in fish tissue.

The program is sponsored by the Friends of Dyke Marsh and cosponsored by the Northern Virginia Conservation Trust, Potomac Riverkeeper and the Sierra Club, Mount Vernon Group.

If you use a GPS device to find the park, do not use the park’s name. Enter the park’s address, 3701 Lockheed Boulevard, Alexandria, VA 22306.

The eighth annual RVA Environmental Film Festival (RVA EFF), to be held February 5-11, 2018, has started its planning. The week-long event will showcase films designed to raise awareness of environmental issues relative to all residents of our planet.  As part of it, the RVA EFF Committee is pleased to announce that the Sierra Club Falls of the James Group will once again sponsor the Virginia Film Contest and finance the contest prizes.  This is in addition to the SCFOJ’s continued RVA EFF founding sponsorship.  Other film contest sponsorships are still available for the RVA EFF.

All Virginia filmmakers are encouraged to submit entries. Submitted films should include environmental subjects in Virginia. Those subjects can include a wide range of topics – wildlife to human relationships, politics to development, parks to pollution. Outdoor recreation can also be a part of the environmental theme. Film entries can be fictional or nonfictional. All entries should incorporate at least some footage created in Virginia.

“The film contest has become a celebratory culmination of our festival and we look forward to including more and more Virginia filmmakers as the festival continues to grow,” said the RVA EFF’s main contest organizer, Scott Burger.